Why Do You Eat So Much Fat? The ‘Skinny’ on the Keto Diet

Home / Natural Health and Chiropractic News in Guelph / Healthy Habits / Why Do You Eat So Much Fat? The ‘Skinny’ on the Keto Diet

I have been toying around with the nutritional ketosis and the cyclical ketogenic diet (not the same things as ‘diabetic ketoacidosis‘) for at least five years, as I started to understand the major health consequences of a high sugar and carbohydrate diet as an endurance athlete. As a result of this process, I came to better understand the role of sugar metabolism and realized that dietary carbohydrates (bread and pasta were the cornerstone of my ‘carb-loading’ diet as a runner) — not fat — were responsible for driving the increase in insulin production and inflammation that are central to every chronic disease seen in the western world.

Completing two Ironman distance triathlons, a few Half-Ironman distances, marathons, ½ marathons, 6 ATBs (30km Hamilton race ‘older than Boston’) included fueling my body with a copious amount of sugary electrolyte drinks, sugar-laden gels, bars, and a carb-loading diet that I was always told to follow — which included eating almost no fat.  This list does not include all the extra chemicals and toxins that were added to preserve the products and give them bright, marketable colours. For my last longer distance triathlon, the Half-Ironman Mont Tremblant triathlon, I was in full nutritional ketosis and fuelled with practically no carbohydrates.

If constant high sugar exposure with constant insulin spikes and ongoing inflammation was an optional lifestyle choice, I figured there must be a different way.

Enter Dr. Peter Attia, who was partly responsible for my questioning of all the North American nutritional guidelines that were recommended (including the role of cholesterol and fats in the body, as well as how I fueled my body for endurance training).  He also presented this  Ted Talk questioning our stance on diabetes and was a co-founder of NuSI.

The Nutrition Science Initiative (NuSI) is a nonprofit organization dedicated to reducing the individual, economic, and social costs of obesity, diabetes, and their related diseases by improving the quality of science in nutrition and obesity research.

“The leadership and supporters of Nutrition Science Initiative (NuSI) believe that Americans are unhealthy, diabetic, and obese—not because they are making conscious decisions to eat unhealthy foods—but because the information and guidance they receive about what to eat has been poorly tested and is quite likely incorrect. This is what we are testing and something we can change. With a strategic mindset, a strong business plan, and scientific excellence, we will lead the way to change within the next decade.” 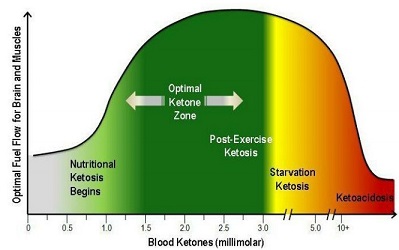 This led me to several other resources that have forged my new path towards a different perspective on nutrition and human longevity/optimization:

Tim Noakes who wrote The Lore of Running, the book/encyclopedia on endurance activity.  He originally recommended the standard low-fat, high-carb diet, including carb loading. Now that he is a diagnosed pre-diabetic, has changed his tune and is now promoting his low-carb, high-fat (LCHF) approach for athletes. He recommends using a LCHF and ketogenic diet for endurance exercise.

Gary Taubes wrote two books that forced me to ask some questions regarding what I was taught: Good Calories, Bad Calories and Why We Get Fat and What to Do About It.

Mark Sisson – The Primal Blueprint, which is a book and, now, a website as well.

Dr Westman (and colleagues) – New Atkins Diet for the New You, which is also a book and website.

Loren Cordain – Author of The Paleo Diet, who recently changed his view on saturated fat.

Thanks for reading, and I hope you check out and benefit from some of these foundational resources I’ve listed.

Dr. Dan Vitale
Dr. Dan Vitale has a passion for seeking out information on health, wellness and illness prevention. The resources on the Guelph Natural Health site are intended to provide practical and applicable tips for daily life to his local community of family, friends, and patients in Guelph and the surrounding area. When using these resources, please remember that what is discussed on this site is never a substitute for speaking directly with the doctor for specific recommendations.
Related Posts
Showing 2 comments
pingbacks / trackbacks 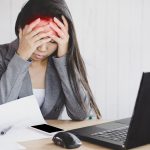 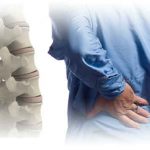 3 Simple Steps to Avoid Back Pain