Should Kids Be Sitting or Standing?

Home / Natural Health and Chiropractic News in Guelph / Healthy Habits / Should Kids Be Sitting or Standing?

I came across the Stand Up Kids website when I became acutely aware of the impact that sitting was having on the majority of patients I was seeing in the office.  Along with my continuous theme of health and longevity, I am a firm believer that it is much easier to keep someone healthy for the rest of their lives, than to ‘fix’ someone that is ‘broken’.

I have often talked about how the easiest and most impactful demographic to address would be kids (see other blogs: Why Should Kids See a Chiropractor, Should Kids Wear Shoes or Be Barefoot, Pregnancy and Chiropractic Care).  If we can teach the decision makers, i.e. parents and teachers about the devastating impacts of sitting, then significant changes can be made. Passionate parents and teachers would never want to be part of the problem, once they understood what the problem is. Being told what to do and not to do is a significant issue with compliance and adherence. We simply do not like being told what to do.  But when risk-reward relationships are understood, an informed decision can be made.

The fact that I have kids myself has also placed this initiative pretty high on my To-Do list. I would like my children to benefit from the data that has already been compiled on the dangers of prolonged sitting. What I’ve read so far has definitely raised some eyebrows and caused folks to question what we have been doing up to this point.

Much of this information has also helped me navigate the process of educating my family, patients, and community.  I have carved time to have a role in my kids’ school parent council and provide education to these decision makers. I believe that this information can make a significant impact on my community (and yours if you choose to share the data).  I also would like the children to move more in nature, as we have seen tremendous research to support the fact that we were designed to spend most of our time outside (see my upcoming post on Vitamin Nature).

I will also let you know that much of the data collected is primarily in the United States, but the situation is not tremendously different here in Canada.

So what’s the big deal?

The problem is so bad that medical experts now equate sitting with smoking, because prolonged sitting will shorten your lifespan, just like smoking. Ergonomic chairs are no better.  Sitting as little as two hours, continuously, increases the risk for:

Source: Dr. James Levine of the Mayo Clinic, and author of Get Up! Why You Chair is Killing You and What You Can Do About It.

Thanks to Kelley and Julie Starret for their amazing contributions in the book Deskbound and the previously cited Stand Up Kids site.  I will be reviewing some of the concepts of the book and site to help others

See my previous post on how to cure childhood obesity: standing workstations and banning junk food.

How to Make Happy Kids

Movement Breaks: A Great Resource for Parents and Teachers

Movement breaks or “brain breaks” are classroom-based physical activity programs for kids to get them moving more. Movement not only allows children to get their ‘wiggles’ out, but energizes them and increases their ability to focus on the next learning activity. In order for kids to learn, they need to move! Try this with your kids: movement break

I have provided other tips on workstation setup.

Dr. James Levine, director of the Mayo Clinic-Arizona State University Obesity Solutions Initiative, explains that sitting all day is not natural and to blame for all kinds of ailments, including obesity. Children burn between 15 – 35% fewer calories sitting versus standing.

It also turns out kids can’t counteract the effects of sitting by exercising for an hour or two each day. Hitting the soccer field or gymnastics class for one hour per day, but then sitting for the rest of the day effectively cancels out the benefits of the exercise. Tacking exercise to an otherwise sedentary life doesn’t overcome the negative effects of too much sitting.

The Australian Diabetes, Obesity & Lifestyle Study, a mammoth study cataloging the health & fitness habits of 12,000 Australians, found that people with high sedentary behavior had a 112% increase in their relative risk of Type 2 Diabetes. A similar study of more than 4000 civil servants conducted by University College London found that spending less than 12 hours per week sitting decreased their diabetes risk by 75%.

For kids with ADHD, moving and fidgeting is an urge they cannot resist and hyperactivity, inattention, and impulsivity are regular parts of their school day.

Fidgeting and moving is a natural way to help regulate symptoms and facilitate learning in children with ADHD and inhibiting movement in these kids makes it difficult for them to learn.

Children with ADHD can’t fidget and move in a non-disruptive way in a sitting desk.

Researchers and medical experts are now linking ADHD symptoms to physical inactivity and concluding that sedentary lifestyles amplify ADHD symptoms. Researchers are also now beginning to explore the connection between too much sitting and general inactivity, and linking it to the rapid increase in Attention Deficit Hyperactivity Disorder (ADHD) diagnoses. Their hypothesis for the increase in diagnoses, whether or not they really have it, is the amount of time that kids are sitting.

Sitting still has been our dominant model for learning in schools. For decades, the educational and scientific communities seemed to believe that thinking was thinking and movement was movement, and each was as separate as could be. We were wrong.

Research definitively shows that movement and learning are connected — in order for children to learn, they need to be able to move.

As one researcher put it, movement is cognitive candy. Students who are engaged in daily physical education programs consistently show not just superior motor fitness, but better academic performance and a better attitude toward school than their students who do not participate in daily P.E.

In September 2014, the journal Pediatrics published research that found kids who took part in a regular physical activity program showed important enhancement of cognitive performance and brain function. The findings “demonstrate a causal effect of a physical program on executive control, and provide support for physical activity for improving childhood cognition and brain health.”

Physical activity is clearly a high-yield investment for all kids, but especially those attentive deficit or hyperactive, maximizing the utility of time spent in class. The improvements, in this case, came under executive control, which consists of inhibition (resisting distraction, maintaining focus), working memory, and cognitive flexibility (switching between tasks).

Another study found that a 12-week exercise program improved math and reading test scores in all kids, but especially in those with signs of ADHD.

Difference Between Boys and Girls

Data reveals an academic gap between boys and girls, with a learning environment tipped to favor girls. According to Michael Thompson, Ph.D., co-author of Raising Cain: Protecting the Emotional Life of Boys:

“For the average boy, school is not as good a fit as it is for the average girl. More boys have problems with attention and focus than girls. Because of their higher activity level, boys are likely to get into more trouble than girls. And they are not given enough opportunities to move around — both in actual physical activity and in how they learn — because they spend too much time sitting and not enough time learning by doing, making and building things.”

According to the National Center for Educational Statistics:

According to the U.S. Department of Education:

We must reconsider the current learning environment for boys!

Prolonged sitting is an orthopedic perfect storm and is the cause of or connected to these problems:

Indeed, sitting more than 4 hours/day results in a 50% increased risk of death from any cause.

These findings were independent of physical activity levels — the negative effects of sitting were just as strong in people who exercised regularly. Likewise, kids are becoming more out of shape with each passing year, with only 42% of kids being as fit as they should be. This is a concerning statistic because cardiovascular fitness is one of the best indicators of lifelong health.

Dr. Dan Vitale
Dr. Dan Vitale has a passion for seeking out information on health, wellness and illness prevention. The resources on the Guelph Natural Health site are intended to provide practical and applicable tips for daily life to his local community of family, friends, and patients in Guelph and the surrounding area. When using these resources, please remember that what is discussed on this site is never a substitute for speaking directly with the doctor for specific recommendations.
Related Posts 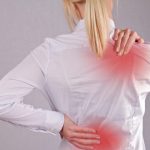 Exercises for Reducing Neck and Back Pain and Improving Posture 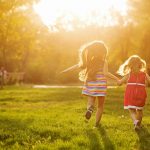 Why Vitamin N is the Key to Health and Longevity